SUPPORT US
Home Kirstie Macleod, the creator of the Red Dress: “Creating the Red Dress has forever been a culture of my life and has had a massive impact on it”

The Red Dress project, conceived by British artist Kirstie Macleod, provides an artistic platform for women around the world, many of whom are vulnerable and live in poverty, to tell their personal stories through embroidery.

From 2009 to 2022, pieces of the Red Dress travelled the globe being continuously embroidered onto. Constructed out of 84 pieces of burgundy silk dupion, the garment has been worked on by 362 women and 7 men, from 49 countries, with all 136 commissioned artisans paid for their work (as well as receiving a portion of all ongoing exhibition fees). The rest of the embroidery was added by willing audience at various exhibitions and events.

Kirstie Macleod has worked as a textile artist for 17 years, and on the Red Dress for the last 13. What began as a sketch on the back of a napkin in 2009, has grown into a global collaborative project involving hundreds of people all over the world.

The Red Dress was exhibited in the Sarajevo City Hall as part of the “Speaking Out” exhibition, organised by War Childhood Museum – the central event of the campaign implemented by the Forgotten Children of War Association, which focuses on the resolution of the status of civilian victims of war for children born of war.

How did you come up with the idea of making the Red Dress?

I grew up all over the world, living in various far-flung countries, and was exposed to a variety of colours, textures, ways of living, languages, traditions, ceremonies, and all kinds of different things.

I was also very preoccupied with how women were treated. It was since I can remember that I was seeing so much oppression and inequality around the world, which had a big effect on me. When I was allowed to create a piece of work and got funding to create it by the British Council back in 2009, I decided to create something that would, I guess, bring all my interests and ways of seeing and hopes and dreams into one piece.

So, I sketched a red dress on the back of a napkin in less than a minute. It was a very quick process and something that made huge sense to me. But I did not know that it would be able to travel so far and reach so many people.

In what way have you and the Red Dress changed and how have you grown?

We both have grown and changed a huge amount, often independently of one another. The dress began as an art installation. Something that was viewed in a gallery. I used to wear the dress and embroider on it for three or four hours. I sat inside a perspex cube… After a few years, and having collaborated with some incredible women around the world, vulnerable women particularly, I became uncomfortable with the presentation and knew it needed to be changed. So instead of being inside the cube, I felt that the dress should be standing tall and powered and strong, just like the women who have woven part of their own experience into it. With the Red Dress, we shifted the focus from the oppression and the inequalities around the world to celebrating the strength and the stability and the empowerment of women.

I have grown in so many ways. I have become hugely more aware of my own self, my identity, my challenges, and my traumas, and I needed to get myself very strong to be able to hold this quite properly. I now feel resourced, I do feel strong, and I do feel like I can navigate over the different ups and downs of this project.

Parts of the Red Dress have been traveling around the world for 13 years, and they have been embroidered continuously from 2009 to 2022 by women from vulnerable groups. Do you notice any differences? The fact is that trauma, fear, poverty… are the same everywhere, but due to cultural differences, did it manifest itself in other ways, and was the reception different?

Many women from vulnerable groups have not chosen to share their stories directly. Others have been incredibly courageous, and have shared very honestly and authentically, and deeply. The women from Ruanda, DR Kongo, Kosovo, and now Bosnia and Herzegovina, are directly referencing the experiences in the war, and in all four cases they are coming at it from the place of strength and empowerment.

From Bosnia and Herzegovina, the panel reads “from victim to victory”; in DR Kongo the words that they have written are words that they feel the embroidery has given them. In Kosovo, in “Birds of Peace”, the women Feride and Fatime Hallili wrote a beautiful poem about their journey, looking back, reflecting on the war. In Ruanda, they created “from darkness to light” – so, it depicts the hell of war, but slowly the image becomes more expansive and turns into a beautiful colourful sun. You can see some similarities in colours or stitches, but the embroidery is very different.

Since refugee women from Ukraine also participated in the war, considering that their trauma is the freshest, in what way did you approach them, and how did they open up?

I was apprehensive about that embroidery circle and how it would be in Poland with the Ukrainian refugees. The whole focus of the day for them seemed to be about positivity and upliftment. They seemed to get so much comfort and joy from the dress. It was so moving to witness.

Although a large number of participants were established creative women, many pieces of fabric were also embroidered by beginners. What were the instructions for the women who participated in the work?

Instructions for the artisan are always very simple – to create a piece of work that articulates themselves and their identity in some way, and also references their culture. I did not want to create too tight a brief, to be too restrictive. I want them to be open, to express themselves and share the story they wanted to tell.

Did you feel sad when the work was finished or was it just a piece that was missing? What is the further path of the Red Dress?

No, I did not feel sad because a couple of months before it happened, I knew it was time. Everything that happened thanks to the Red Dress is more important than the formal end of the process.

Are there differences in audience reception in countries affected by unrest and with a higher rate of marginalisation than in wealthier societies?

Individuals who have been through trauma, wherever they are from, connect deeply to the dress.

The most emotion I have seen was in Glastonbury, in England. Glastonbury is an incredibly alternative town. It is very spiritual and yearns for depth and understanding. People were sitting around the dress for hours in floods of tears and they did not want to leave it.

For countries with different experiences, the dress also has a different meaning. People there cannot fully understand the experiences woven into it or my motive for creating this dress.

The Red Dress has been exhibited in numerous world museums and galleries. Has the audience of the countries whose policies are responsible for the unrest in some other countries had the opportunity to see the work and do you want to target such places in the future?

I have not yet taken the dress to any country that has been directly responsible for unrest and war in other countries. I would find that very difficult, but I would also find that very important.

What was the reception of the Sarajevo audience and what are your impressions?

The reception in Sarajevo was amazing. The dress was part of a large exhibition. I think it helps to shine a light on the hugely important aim of this exhibition – the voices of these incredible survivors. People responded very positively to the dress, were very interested in it, very proud to see the edition from Bosnia Herzegovina. The depth of the understanding of the Red Dress shown by the Sarajevo audience is profound. The experience is amazing, as are Sarajevo and Bosnia and Herzegovina. I enjoyed wandering around the city and I enjoyed the pulse of this incredible country. I am in awe of the strength and bravery of the survivors of the war and overjoyed that their voices are being shared with the world.

Can you tell us what you will be working on in the future?

I imagine I will be working with the Red Dress for the rest of my life, in some way. The dress will be heading off to America next June so until then I am doing lots of events, and exhibitions. The dress is going to the Council of Europe in February. I am then looking forward to beginning my art practice again after many years of focusing only on the dress. It is important that I will be able to integrate everything I have experienced in the Red Dress journey into my new works. 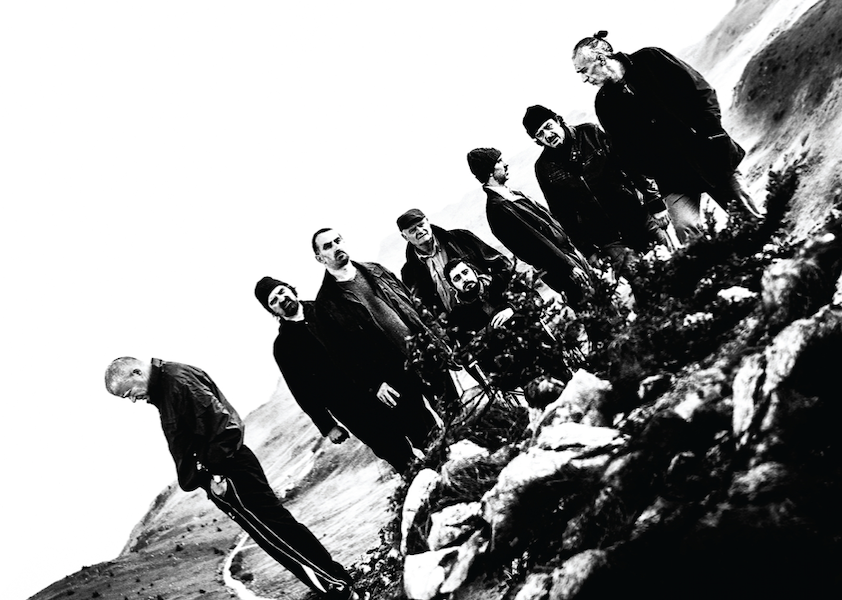 SYNOPSIS The armed conflicts of the 1990s not only visibly destroyed the land of the former Yugoslavia, but also left the deepest wounds in the memory of each of its belligerent nations. There are as many different interpretations of that bleak past as there are countries affected. It is therefore hard to expect absolute harmony when, less […]

In today’s world, the topic of youth remains unaddressed. We live in a time where the cult of youth reigns supreme, youth is portrayed as the best time of life; everyone wishes to stay youthful, beautiful, and vital. Today, youth rules the world. In parallel, the reality is harsh – the youth are roaming, lost, facing unemployment,[…]