SUPPORT US
Home Artik and Asti 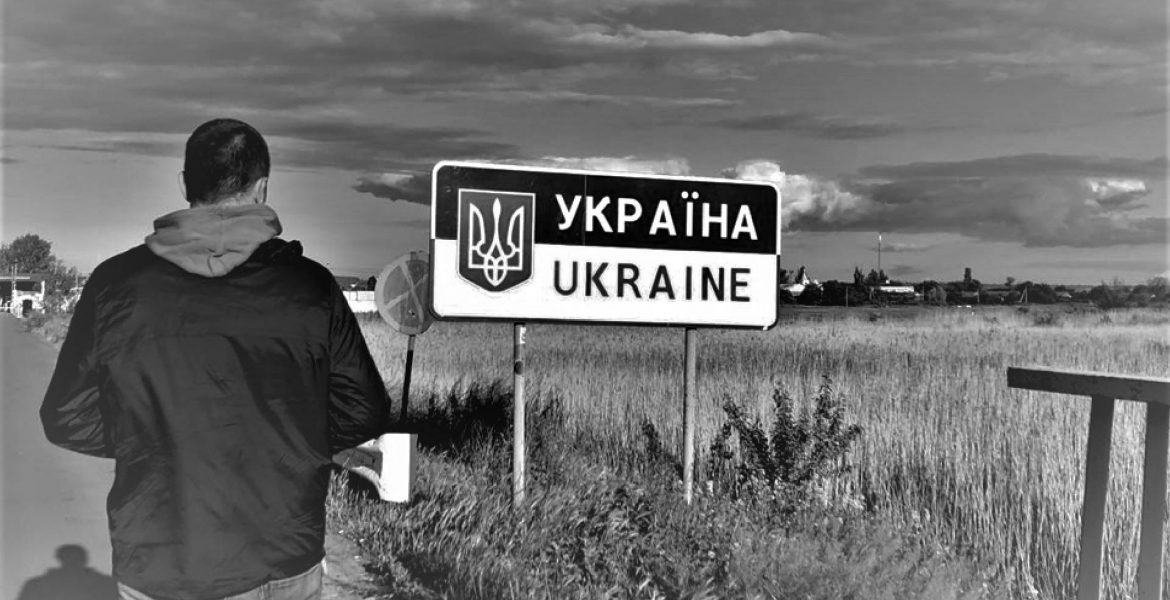 „Девочка, танцуй, всё пройдёт так скоро“ – so many times was that song played in a single night that I already knew it by heart. By the way, the song in question is the ultimate dance hit by Artik and Asti – names that firmly held a serious position in the musical selection of every Ukrainian club in the last few years. Odessa. The “Granat” club in Ekaterinskaya Street. The air had a quality bordering between the smell of shishas and smoke generators. I could hardly wait to be out in broad daylight. Yes, that is why this scenery looked so familiar to me. A year from then, Odessa is in flames. I am wondering whether people hiding in shelters now listen to “Artik and Asti” with their headphones on, or whether people who are younger than us pretend that life has not been put on hold? I think they do listen to that music. Hundred percent.

Life is a rerun, the nineties are a story many times told and I think that I no longer remember a single thing – we have discussed the events together so many times and now we all have the same memories. Every time I visit a different place in Bosnia I find out something new and so it all ties up. I sometimes meet people who can’t stand when you say that something related to the war “occurred” or “happened”. They’ll say, it’s not a natural disaster, it’s because somebody did something. They have an ear for details, but let’s keep that in mind.

In the background, the voice of Mahir Bureković resonates and the verses of his famous hit “Pobijedićemo” (Eng. “We shall win”), when the singer symbolically exclaims “we are off to Bosnia, and where will you go?” Zlaja is chopping wood in the dark. A dog is barking. It’s well below freezing outside and there isn’t a soul in sight. Republika Srpska. A six-pack of beer. We are getting ready for the Russian invasion on Ukraine. We aren’t going anywhere, we’re just wondering what will happen here. Who owns what kind of a passport, who has the least military experience, whose boots are better and which is the fastest road to Pelješac if the planet is set on fire. I don’t know why, but Pelješac seems to be regarded as a safe destination in the event of a global conflict. Who is staying and who is leaving, what should we do with our mothers-in-law. We jump from one topic to the other, all the patriotic and less patriotic answers are laid on the table. At the same time.

When the first grenades were fired at Ukrainian cities, on buildings and places we never knew existed until they were burnt down, we soon felt sick of the war. For our generation – for us who are unprepared to be deprived of the internet for two hours, let alone of food, the images of the destroyed city of Mariupol were a wake-up call. The ”online warriors” stopped posting their powerful statuses on social networks and in a few days, all the enthusiasm about following the news that were updated minute to minute just faded. International reporters made references to Srebrenica and Sarajevo when mentioning new place names running in the “breaking news” reels. And we also paused for a moment, so as to try and remind the world what had happened here. For the world allegedly cares. We generally never went much further from the level of a great figure of speech, used to verify someone’s year-long experience of following the minute and the less minute frictions.

Going back to the story. Do they still say “before the war” over there? I bet they do. It was hot. There were no Moldovan border police on the Ukraine-Moldova border. The European Union had built the border crossing but the border police were not there yet. Having crossed that international point, we had yet to cross another. Welcome to the Pridnestrovian Moldavian Republic. I have an interpreter, a sailor who happened to be traveling with us on the bus. The man knows Bosnian. Accidentally. Yeah, right, accidentally. “Where to?” To Tiraspol. “Why?” Tourism. “He wants to know how much you know about the situation.” It’s the same as Yugoslavia, right? “Who’s meeting you there?” Anton. “We know Anton, a good lad. Give him our best wishes.” Who’s sending them? “The KGB.” Oh, alright. A straight road from Pervomaisk to Tiraspol, the road M14, I think. The taxi driver speaks Russian, we speak Bosnian. We understand each other. Fočo is falling about laughing, while I’m pretending to understand the administrative issues our driver has with his children who went to Canada. A few hours later, we are sitting on a tank next to the monument dedicated to soldiers from the three wars on Suvorov Square. Ado informs the guide that we had 100,000 casualties and that their war was no big deal. Always politically correct, you must give him that! Rasim wants to know whether they have this “two-schools-under-one-roof” system, as they seem to have three official languages. It’s this tendency we have to explain to everyone how “very peculiar” we are. The guide sticks to his narrative, nothing can distract him.

I don’t know how much you know about the PMR but the Russians came there on a peace mission and they never left. You can’t beat the official version, whatever you or I might think about it is irrelevant. All the worse for the facts. I heard all the phrases and explanations regarding Ukraine while I was there. It’s because of that that all the speeches and statements that would ensue were not a novelty for me. Those who needed to hear that, heard it way before we, the people in the West did (author’s note to self: “we, the people in the West”, yeah right) at the beginning of this year. Whoever wins will live to tell what happened. We can argue about the rest on Wikipedia.

Susan Sontag Square. A support rally for the people of Ukraine. Sarajevans set out to do their civic duty. There is that sense that we should do much more to help than we actually can. “When the situation calms down, our people will go over there and offer their expertise”, explains an experienced international consultant cynically. We voted for resolutions, we hung out the flags, and while we’re trying to figure out what “else” we can do to save them, not once did we turn around and figured – They saved us. Now go figure this out! But you’ll come round.

The night fell over the Drina. Zlaja, our fire is out. We’ll freeze like rabbits. “That’s the way it is in the trenches.” Just remind me to play Artik & Asti for you tomorrow. Is our Wi-Fi dead?

Nedim Jahić is a graduate jurist, born in Sarajevo in 1989. He is known for his work with local communities across Bosnia and Herzegovina. He works for various international and domestic development programs as a communications consultant.  His work is dedicated to human rights, with a special interest in issues of diaspora and the status of refugees, displaced persons and returnees. He wrote about these topics for the local and regional media and worked as a fixer and investigation support for a number of international researchers and journalists. He is the founder of the Cooperation and Research Forum, an organization tackling issues of integration and protection of human rights of returnees in Eastern Bosnia. He has also worked on the development of international cooperation and communication of the Srebrenica Memorial Center. He is currently serving as a member of the AIRE Center, a renowned British organization for the protection of human rights with which he collaborates in the region.