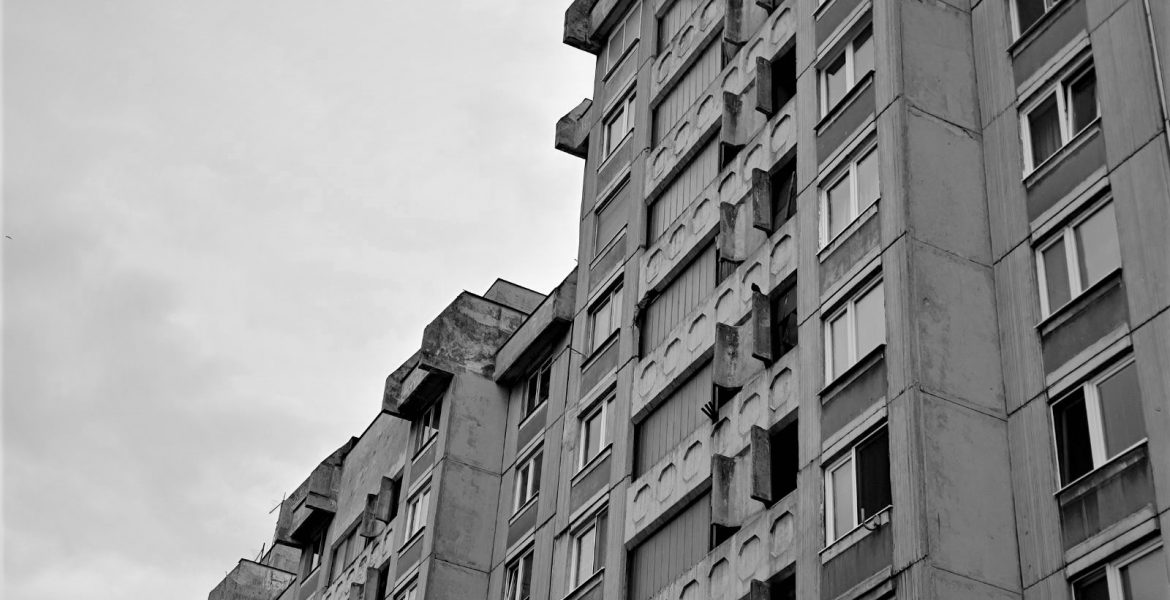 Sarajevo is still a place of strange encounters, a place where you can always meet foreigners with a hard-to-believe background story, which usually begins with hasty and ill-considered decisions to buy some tickets to SJJ – where some challenge or experience makes them stay longer than planned. One such acquaintance is Monica Hanson-Green, an American residing in Bosnia and Herzegovina. The researcher, editor, and translator is somewhat obsessed with the nineties – as are many of the locals (the author of these lines included). Independence Square is our meeting point, and we are about to go live on Zoom for the promotion of a book written by our mutual friend. She’ll be moderating the discussion, and I’m there to provide much needed technical support. I use the opportunity to talk to her about her own background story. It is not every day you get to read about Americans who are also regular customers at the bar Nova Koliba in the heart of Alipašino Polje.

“I’m from the Southern United States. It’s hard to say exactly where, as I’ve lived in several different places, but the most notable among these are New Orleans, Louisiana and Southern Alabama. I was raised in a single-parent household by my incredible mother who recently retired from federal law enforcement after an almost 30-year-long career of fighting for justice and civil rights. I’ve worked since I was 15, starting with a job as a teaching assistant for a motorcycle safety training company in Florida. While earning my bachelor’s degree in International Studies at the University of New Orleans, I worked as a service industry professional on one of the most hectic and notorious streets in America, where I was luckily able to save enough money to finance the next chapter of my life which, while I didn’t know it at the time, would be in Bosnia,” she shares.

Monica was accepted to a master’s program at the European University of Saint Petersburg, but before she had even finished her undergraduate degree, the university was shut down by conservative elements of the Russian government under dubious pretexts. Without any connections to the region, or even much familiarity with it, she decided to take a solo trip in February 2018 to visit some of the Western Balkan capitals.

“After bee-bopping around the ex-Yu for a couple of weeks, visiting several cities in several countries, I went home with an inexplicable affinity for Sarajevo. So, after having spent all of two days in the country and not knowing a single person in a thousand-mile radius, I decided to take a gamble and move to Bosnia. I applied to the International University of Sarajevo for their master’s program in Social and Political Sciences, was accepted, and moved to the city that September. Bosnia has been stuck with me ever since,” she adds.

Monica completed the master’s program in August 2019 and started working for the Srebrenica Memorial Center shortly after graduation. “I moved to Srebrenica for about a year, where I’d say I really fell head over heels for Bosnia, as well as the Podrinje more specifically. My work there was and remains extremely important to me. In addition to authoring the Memorial Center’s first Genocide Denial Report, I worked on a number of projects, namely anything and everything requiring the English language. I also met so many incredible people there who I love, admire, and am supremely grateful for. Unfortunately, Srebrenica is a challenging place to live – first and foremost for the returnees and survivors of genocide, who still face injustice and re-traumatization on a daily basis – but also for a young person and a foreigner. Leaving Srebrenica was a very difficult decision and one that I still have trouble talking about, because a part of my heart still remains in the Drina Valley. Ultimately, however, I did decide to come back to Sarajevo in search of a more normal life – the convenience, culture, and social opportunity of a cosmopolitan city. Which is why, naturally, I took up residence in Alipašino Polje,” she says, smiling.

While few outsiders in Sarajevo find time to discover the neighborhood of Alipašino Polje in all its socialist-era ambience and interesting history, Monica has become pretty ‘local’ around these streets.

“I found a wonderful local community in Alipašino who warmly accepted me into their ranks, despite the fact that, as far as I can tell, I’m the only true foreigner. Living in the city center, I could probably go years without ever having to speak a word of Bosnian, but Alipašino has really helped me in my efforts to learn the Bosnian language, which remains the great epic battle of my existence.”

Her status vis-à-vis the administration, not to mention her financial situation, became increasingly precarious due to the restrictions against state institutions formally employing foreign nationals. After a number of mishaps and failed endeavors to find a long-term solution to this problem, she decided to start her own firm here. Thus, Hanson & Green d.o.o. English Writing Services was born.

“If you had told me a few years ago that I would go on to start my own company, I would probably have pointed you in the direction of the nearest rehabilitation center for substance abuse. I am no entrepreneur in any way, shape, or form, and I’d be lying if I said I wasn’t vaguely terrified by this new undertaking. So far, it has proven extremely challenging, but as always, I remain stubbornly committed to my life here in BiH, despite my Bosnian friends and acquaintances generally thinking I’m insane,” she notes.

The question she is asked most often by just about everyone she meets here is why she, as an American, is here in Bosnia. “I haven’t yet been able to come up with an answer to this question that most people will accept, so I’ve simply taken to saying that I booked a flight to Sarasota four years ago but accidentally boarded the wrong plane and have been here ever since. This seems to satisfy as much as any attempt I might make to articulate why I’m actually here.”

She goes on to explain, “I love the people, the culture, and even the maddeningly difficult language. Love is never rational, and after all my trials and tribulations with the Bosnian administration, I’m starting to suspect there might be an element of Stockholm Syndrome at play as well. Of course, there’s a lot of things I miss about America. My mom, my motorcycle, authentic Mexican food, certain aspects of consumer culture and high-functioning government…but ultimately, I feel at home here.”

“I’ve never felt at home on the pristine streets of wealthy American cities or European capitals, nor on the finely manicured lawns of affluent suburbs on either continent. Bosnia, like New Orleans, is messy. Life here is chaotic, often frustrating, and sure to be found wanting by those accustomed to the order and convenience of modern well-heeled life. But for me, these are the places where humanity and culture are found at their most vibrant, forged under the very pressure of adversity. These are the places where I want to live, and the places that I believe are worth fighting for. So, unless New Orleans finds itself in dire need of a Balkan expert in the immediate future, you’ll find me in Alipašino Polje or in Srebrenica, for as long as Bosnia will have me,” she concludes.

Now it’s time for the book promotion to start. One can only hope that this American will find time to share her own experiences of Bosnia in a book, someday.